Posted by Potts Lawyers
in Uncategorised 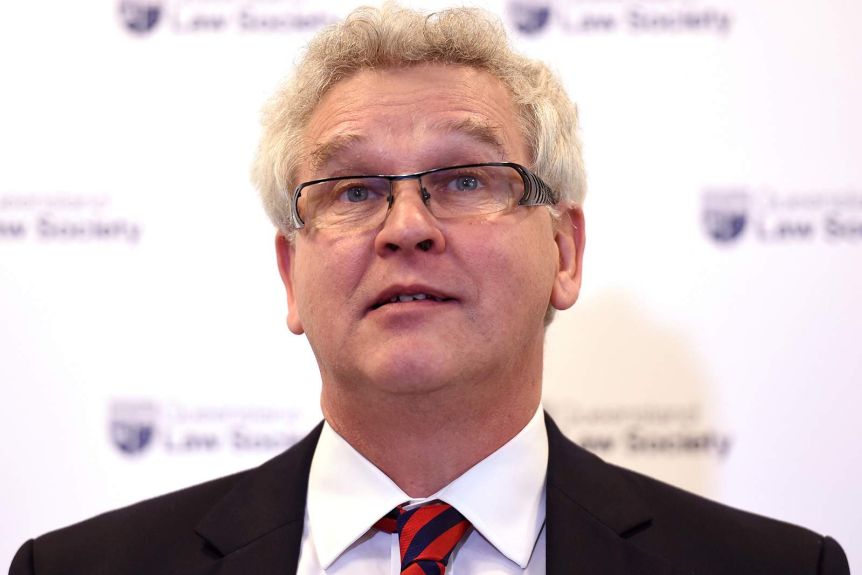 Six months on from the shocking murders of Hannah Clarke and her three children, domestic violence advocates are calling for coercive control and petrol dousing to be established as offences in Queensland.Ms Clarke, 31, and her children, Aaliyah, Laianah and Trey, were murdered in Brisbane’s Camp Hill after her estranged husband Rowan Baxter ambushed them on the morning school run on February 19.

Baxter, doused them with petrol and set the car alight before he died of self-inflicted stab wounds nearby.

The three children — aged, six, four and three — died in the car, while Ms Clarke died later that night in hospital from horrific burns to most of her body.
Before she died, at the scene of the car fire, Ms Clarke walked towards first responders and told them what Baxter had done.
Her mother, Sue Clarke, said she wanted her daughter remembered as a warrior who fought for her children until the end.

Hannah Clarke’s mother Sue says nothing will ever heal the wound of their loss.(Facebook)

“She didn’t know he had passed at that stage and she would have made sure he paid for what he’d done to her children,” she said.
“[She was] a loving mother, a strong woman and someone who put others’ needs before her own — a fighter, a warrior.
“They say time heals and makes things easier. It doesn’t — that’s a lie.
“They [the children] were gorgeous, so full of life and they had a lot of potential.”
Charity to shine light on coercive control
In the wake of the deaths, there has been an outpouring of grief and anger over the failure of the nation’s domestic violence system to protect families.
Sue and Lloyd Clarke have worked with friends to establish the Small Steps for Hannah Foundation in a bid to educate the community about domestic violence and raise funds for the sector.
Mr Clarke said he hoped the foundation would help perpetrators, victims and bystanders to better understand and eliminate controlling behaviour and violence in personal relationships.


There has been a spike in dousing attacks on women since Hannah Clarke’s murder, according to the Women’s Legal Service.(Facebook)
“I just felt so helpless … that I didn’t see the red flags, so I wasn’t there to help my baby,” he said.
“Perpetrators are still human. Maybe if we can get into their minds and find out why — why they need to go so far with this — and be able to turn things around.
“And look at educating the 14 and 16-year-olds, and let them know there are other choices, you don’t have to be like Mum or Dad, or how they react. There are other choices out there to be made.”
Sue Clarke said she wanted coercive control — behaviours used by perpetrators to assert emotional, psychological, and financial control over their victims — prohibited by law in Queensland.
Hannah Clarke did everything she could

Women and children will continue to be killed by abusers who believe they are above the law unless governments take urgent action, experts have warned.
Read more

“There’s a lot of little things we didn’t realise at first was coercive control,” she said.
“He [Baxter] would sulk and not speak for days, he would threaten to kill himself, go through her phone, go through her handbag.
“She would lock up the gym and he would ring within 10 minutes saying, ‘Where are you? You should be at this point by this time.’
“We will rewrite the ending for other people.”
Queensland Premier Annastacia Palaszczuk said the State Government had implemented all the recommendations from the Not Now, Not Ever report into domestic violence, but did not rule out further changes to current laws.
“It was absolutely horrific what happened to Hannah and her children,” the Premier said.
“I went to the funeral, it was awful. We don’t want to see that happen again.
“We have some of the strongest, most robust laws in the nation.
“If we can do, of course we will look at doing more.”
Call to make petrol dousing an offence
Women’s Legal Service Queensland (WLSQ) CEO Angela Lynch said there needed to be a review of the criminal justice system in relation to domestic violence to better capture patterns of offending.

“We know that the Not Now, Not Ever report had to be done in a very quick turnaround of about six months, so it didn’t have the opportunity to really consider the criminal code in the full extent,” Ms Lynch said.
“We’ve called for the Attorney-General to undertake a review to ensure accountability of perpetrators of domestic violence.”

Angela Lynch says police may not take action for petrol dousing under current laws.(ABC News: Julie Hornsey)
Ms Lynch said WLSQ also wanted petrol dousing — the act of dousing someone in an accelerant and threatening them with an ignition source — to be introduced as a new offence in Queensland.
“Some violent men have been making that threat of, ‘You’re going to end up like Hannah’ … and in other contexts the perpetrator will douse the victim or the property in petrol, have a lighter and be threatening to kill them,” she said.
“Victims have told us they felt that their lives were in the hands of the perpetrator, they’ve suffered post-traumatic stress as a result of that threat, so it has a severe and lifelong impact.

Ms Barker says police regard petrol dousing as a grey area in domestic violence cases.(ABC News: Curtis Rodda)
“If there’s actually a petrol-dousing offence, it means that the victims have much more steady ground to work from in relation to advocating actual criminal action being taken.”
Domestic violence victims’ advocate Jacqui Barker also backed calls for a petrol-dousing offence, saying offenders were often only charged if they actually set someone alight.
“Dousing someone in petrol is a deliberate act that is intended to terrorise a victim,” she said.
“In the context of domestic violence, that act would have to include even just the bringing of an accelerate into a home because that is in itself a threat.
“It would need to include the actual act of dousing and then it would have to include aggravating factors — for example, having a weapon like a lighter.”

Jacqui Barker also backed calls for a petrol-dousing offence.(ABC News: Rachel Riga)
Coercive control laws would be considered
Minister for the Prevention of Domestic and Family Violence, Di Farmer, said the Palaszczuk Government had invested more than a half-a-billion dollars to support family violence services.
“I know this is a terrible day for the family and friends of Hannah Clarke and her children, and extend my sincere condolences,” she said.
“I am aware of calls for a new coercive control offence and the diversity of views on this matter.
“It’s something that may be considered but any changes we do make need to be based on evidence and wide consultation.”
Chair of Our Watch, Natasha Stott Despoja, said the Clarke family provided the most compelling case for governments to consider criminalising coercive control.
But Ms Stott Despoja acknowledged the difficulties in legislating on the issue.
“There are concerns about definitional issues to do with coercive control,” Ms Stott Despoja said.
“Coercive control, if it was legislated in a way, can actually be used against victims.
“But we now have world-leading legislation in Scotland that can help us lead the way with their domestic abuse act.
“If you look at homicide cases, 99 per cent of those homicide cases involving family violence have psychological abuse and coercive control involved, so it’s time and I think that the Clarke family have given us impetus to re-examine this issue now.”
Already ‘under the criminal code’
Former Queensland Law Society president and criminal lawyer Bill Potts said laws covering assault and grievous bodily harm adequately captured the seriousness of offending relating to petrol dousing.
“Whilst I understand the distress and real fear that victims and survivors of domestic violence suffer from, I can simply say this — the criminal law in Queensland is amply able to punish people who offend in that way,” he said.

Bill Potts says there is no evidence making petrol dousing a new offence would make a difference.

“There is simply no evidence which would show that a special offence, such as petrol dousing, is going to make any difference in terms of either penalty, bringing people to justice or punishing people for what is a very serious offence.
“It’s certainly under the criminal code, it’s offences that cause bodily harm, it’s assault — they’re serious offences.
Attorney-General Yvette D’Ath said all forms of violence against women were sickening and came with serious criminal sanctions in Queensland.
“Dousing someone with petrol would be illegal under many provisions of the Queensland criminal code, ranging from grievous bodily harm to torture and murder where the victim loses their life,” she said.
“If the act is done in a domestic violence context, it can be declared a domestic violence offence, which would be an aggravating factor and could attract a higher sentence.
“The Palaszczuk Government has a zero-tolerance approach to domestic violence and law-enforcement authorities will not hesitate to use the full force of the law to hold DV perpetrators to account.”