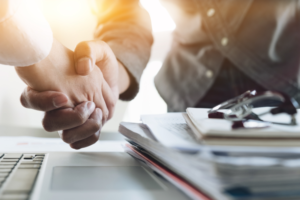 What is a QP9, where do I get it from and what do I do if it contains incorrect information?

A QP9 (also known as a Court Brief) is a document prepared by the Queensland Police Prosecutions when a person is charged with an offence. It outlines the exact charge/s against you and a summary of the alleged facts of the offence.

It is also usually accompanied by a copy of your criminal and/or traffic history. It can contain other important information such as a summary of what other evidence might exist (eg. CCTV footage); details of any compensation/restitution sought; names of witnesses, etc.

If you plead guilty to a charge in the Magistrates Court, the Magistrate doesn’t hear from each of the witnesses or review all of the evidence. Instead, the Prosecutor will read out the facts alleged in the QP9 document and the Magistrate will then sentence you on the basis of those submissions.

This document is available at your first court appearance. When you arrive at court and check in with the Prosecution, you should obtain a copy of that document (or your lawyer can do that for you).

If you have appeared without a lawyer and didn’t realise you needed to collect the QP9 document, we can liaise with the Prosecutions to obtain a copy for you.

Why is a QP9 important?

At the time you were charged, you should have been given a Notice to Appear or Bail Undertaking (unless you were remanded in custody). Both of these documents contain very little information as to the exact nature of the charge against you. The QP9 however is our first snapshot of the case against you.

The facts alleged by Prosecution can be a significant factor in the Court’s decision regarding penalty and so it is important to check they accurately reflect what actually occurred. The Court is unlikely to accept any submissions you make disputing the facts, if you have already plead guilty.

There can also be occasions where the Prosecution do not read the facts as alleged in the document word for word, and instead just read out some key parts of that summary. It may be that in doing so they overlook an important mitigating factor (where the Police have noted your remorse and cooperation).

Your lawyer may wish to highlight this fact as part of their submissions.

What happens if my QP9 contains false information?

The QP9 is prepared by Police and contains a summary of their case against you, based on the evidence they have obtained at the time it is prepared (often in the initial stages of the investigation). It can include the police officer’s interpretation of the evidence and may be based on initial discussions with the complainant or a combination of different witnesses’ evidence. It is not uncommon for the QP9 to contain information you may disagree with.

For example, if they are relying on the statement of the complainant who has provided Police with a different version of events.

If you dispute the allegations contained within the QP9 document, you should obtain further advice. We can assist you by requesting further material or making submissions to establish the errors in the alleged facts and/or enter into negotiations with the Police Prosecution to request the alleged facts be amended.

You can request an adjournment at your first court appearance to seek advice on the allegations contained within the QP9 document.

It is also important to remember that the QP9 remains part of the Police records. If you later need to disclose details about your charge or charges to a professional body or you are brought back before the Courts for offending at a later stage, this is considered an official record of the facts of the charge against you.

It may not be a true reflection on the basis on which you were dealt with in court and so it is important to get legal advice if you dispute any aspect of the facts alleged in that document, before you finalise your matter.

Any involvement with the police is stressful for those affected and their families. It is not to be taken lightly and your choice of lawyer is critical.