Flamboyant Gold Coast lawyer Bill Potts opened a Brisbane office this week with plans to expand the base of his already large criminal practice.

Mr Potts, 52, who is well known for his colourful ties and fine turn of phrase, has been involved in some of the biggest criminal cases in the past three decades.

He will retain his Gold Coast office while gradually building his Brisbane work.

“It’s the perfect place for a law firm – there are churches on two sides and an insurance company on another,” he joked.

Potts Lawyers is one of Australia’s biggest criminal practices. 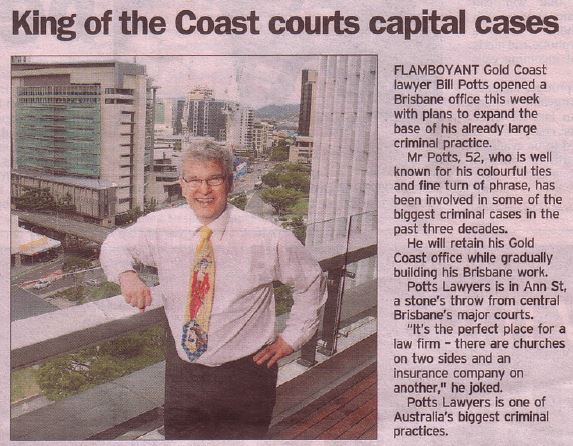