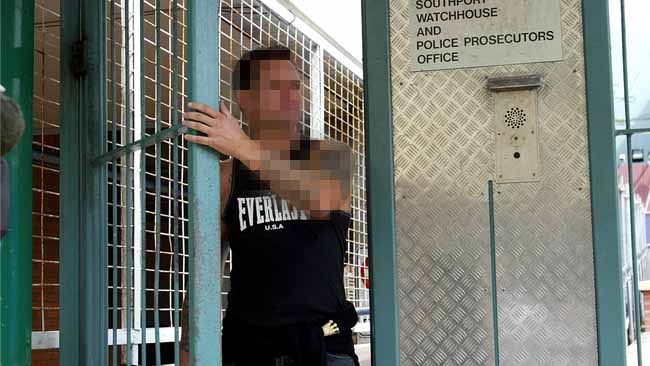 NOT SUITABLE: Watchhouses, designed for short-term remands, are being used to house prisoners as the state’s jails run out of room, a situation condemned as bordering on cruelty. Source: The Courier-Mail

PARENTS who supply alcohol to their children for the annual Schoolies festival face being fined and risking their child’s future, according to a prominent Gold Coast legal firm.

Criminal defence lawyer Bill Potts said courts were becoming increasingly unsympathetic to teenagers and parents who did the wrong thing.

A bank manager hankers for an “ordinary, suburban life” again after “2½ years of pure hell” involving a crime that would inspire Tom Clancy, a celebrated writer of thrillers.

It centres on a heist involving “Irish revolutionaries”, a carjacking and a syringe filled with a poisonous substance that would swiftly cause death unless the victim took an antidote.

From The Courier Mail;

Campbell Newman is under pressure to force controversial LNP treasurer Barry O’Sullivan out of the party after his expletive-laden tirade at a candidate. Senior MPs and party figures are demanding Mr Newman act now or risk the party’s bosses taking over, if the LNP wins the election…

Illegal Brothels? Not on Council’s Watch

If, as some residents claim, an illegal brothel has been operating in the Tweed Heads CBD, council officers have been unable to uncover it.

Despite several raids this year, they failed to find evidence that could lead to prosecution.

Council yesterday confirmed its staff had made snap inspections on the Bay Street building at least three times but left empty handed after failing to find proof the second-storey unit was being used as an illicit bordello.

Stealing From The Salvos

Bill Potts talks to Today Tonight about Stealing by Finding and stealing from the Salvation Army.

A COUPLE who claimed they attempted to import a large amount of cocaine to the Gold Coast because they were threatened by a Colombian drug cartel were jailed for 11 years.

The Chief Justice Paul de Jersey praised the Australian Federal Police for their efforts in the case which involved drugs sent from South America to Australia via Germany.

Cameron Browne talks to Channel 9 on a special investigation into disqualified driving offences in Queensland. ...